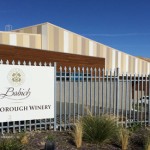 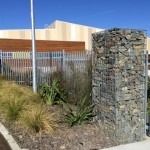 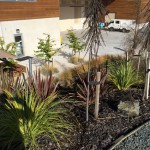 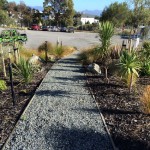 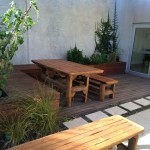 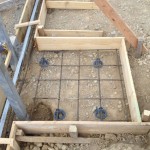 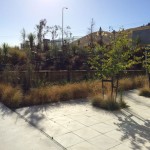 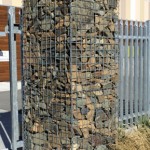 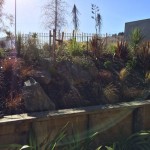 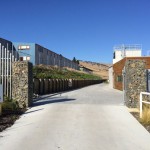 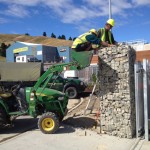 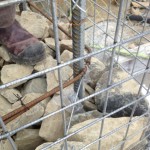 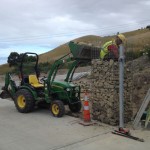 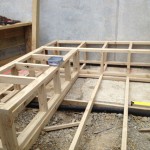 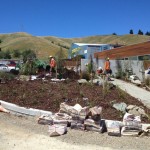 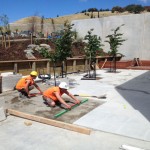 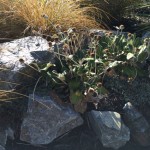 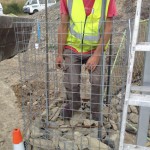 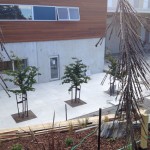 When approached by Apollo projects who were managing this build I was presented with a set of concept plans that we totally unsuitable and way over budget. I redesigned the gardens bringing them in line with Marlborough’s climate and soils as well as delivering a whole lot more commercial landscaping than before and reducing the budget.

We planted thousands of flaxes around the steep clay and loess banks, all of which were irrigated with drip line. It is a harsh site with little to no top soil. Working around construction crews is not easy but the guys at SIMCOX were great. It was a pl;measure to work so well with the Apollo team also.

Although it was no giant leap for mankind it was good project that we all enjoyed and were relived to have completed on 20th December on the last day – it was starting to get too hot!

In the courtyard we spread our branches and included some exotic flowering pears for courtyard shade and some Ficus pupil to climb up the stark concrete wall.

The gabion pillars were a lot of fun. Our Richard Evans at Smart Alliances creative a structural plan which we worked too. The four columns were 2.4m tall and 1m wide. It was quite tricky but the results are spectacular!